First of all, Kobal really is the patron of comedians and Entertainment Director in Hell. At least, according to those who keep up on such things.

As for Adramelech’s human appearance, which he finally takes on towards the end of the chapter, I wanted him to be very dapper and well-dressed. Sadly, I know nothing about such things and so searched on Google for “best dressed men.” The one I finally settled on was this: 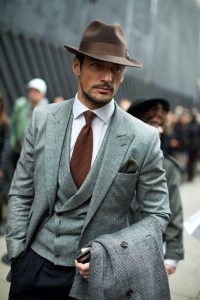 In the first draft of this story, when joking around with Fielding about being married, Adramelech turns into Kim Basinger. Then I realised that Adramelech would have no reason to know about Kim’s poster, so I searched my mind for another actress. On a whim I decided to go back to actresses from previous eras, and my first thought, of course, was the radiant Lillian Gish. 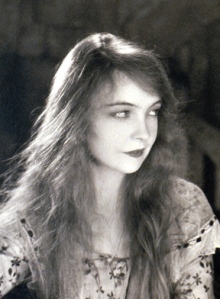 But somehow it didn’t seem right to throw such a classic woman into a quick joke revolving almost entirely around sex appeal.

Then I thought of Tuesday Weld. Not that Miss Weld wasn’t classy, but being more modern, I felt she wouldn’t mind as much appearing, once again, as a sex symbol. 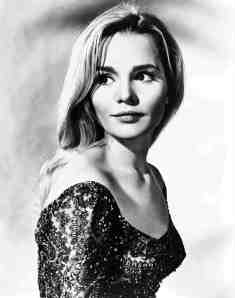 I suppose, having been a faithful viewer of The Many Loves of Dobie Gillis I must have seen Tuesday Weld in her role as  Thalia Menninger, the girl Dobie was infatuated with. But I really only noticed her years later upon seeing Pretty Poison, in which she co-starred with Anthony Perkins.

Tuesday, of course, wasn’t her real name, which was Susan Ker Weld, but her little sister had trouble saying “Susan,” saying “Tu-tu” instead. This eventually morphed into “Tuesday.”

Her father died when she was young, and she went into modelling and acting to support her family. Her career had its ups and downs, and while she gained much acclaim, she also acting in such cinematic classics as Sex Kittens Go to College (Tag line: “You’ve never seen such a student body!”)

In that film she acted alongside another attractive woman named Mijanou Bardot, little sister to Bridgette. 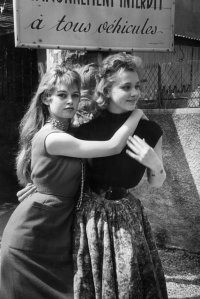